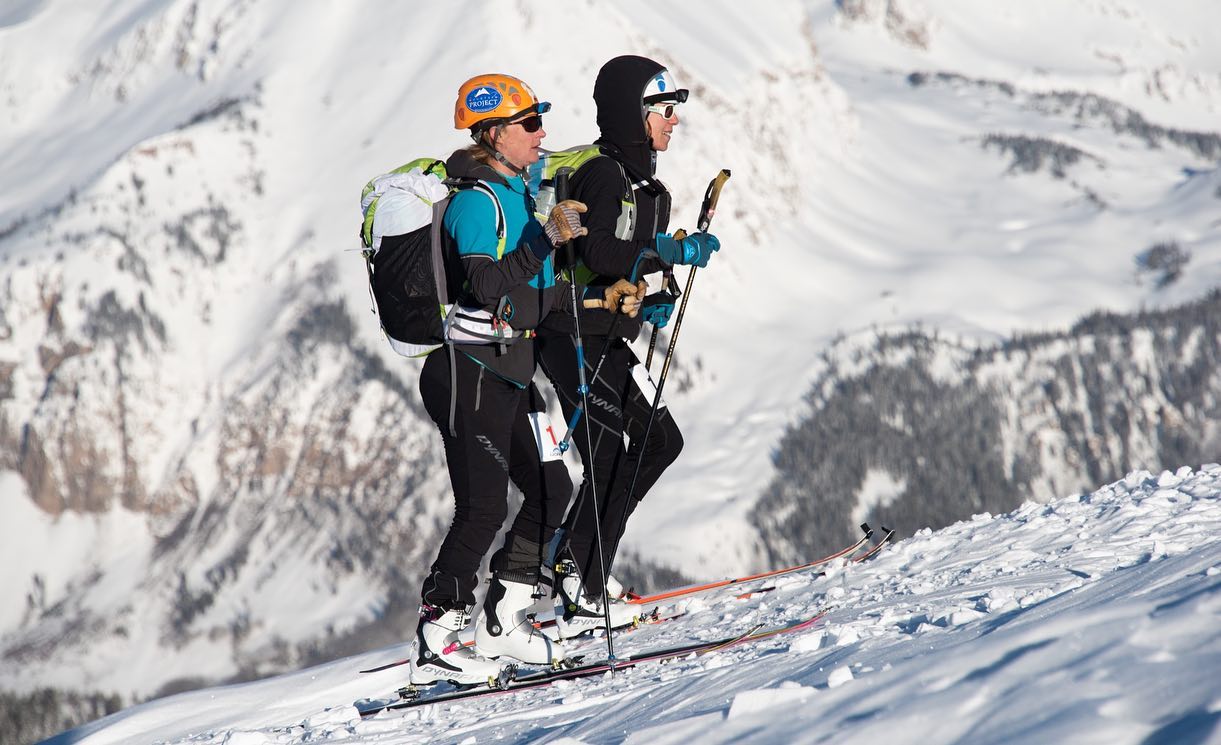 The Grand Traverse is a point-to-point ski race from Crested Butte to Aspen. Racers travel 40 miles across the Elk Mountain range, climbing over 6,800 vertical feet. To ensure competitor safety, racers must have a partner, carry mandatory gear, and begin the race at midnight when avalanche hazard is decreased.

The Elk Mountains Grand Traverse was conceived by Jan Runge in the 1990s.

The race’s genesis was partially based on the historical mail routes that connected the Colorado mining towns of Crested Butte and Aspen in the 1880s. It also drew inspiration from the Patrouille des Glaciers, a point-to-point ski race in Switzerland which Runge had become familiar with in the 80s.

In 1998, with the help of the community, Runge sent a brave field of competitors from Crested Butte, over the Elk Mountains, to Aspen. It worked, and the Extraordinary Backcountry Ski Race was born.

In 2012, event ownership was transferred to Crested Butte Nordic. The race is now a major fundraiser for the organization. In 2014 the Grand Traverse summer events were launched. Now the Grand Traverse features a winter ski race, a summer mountain run, and a mountain bike race.