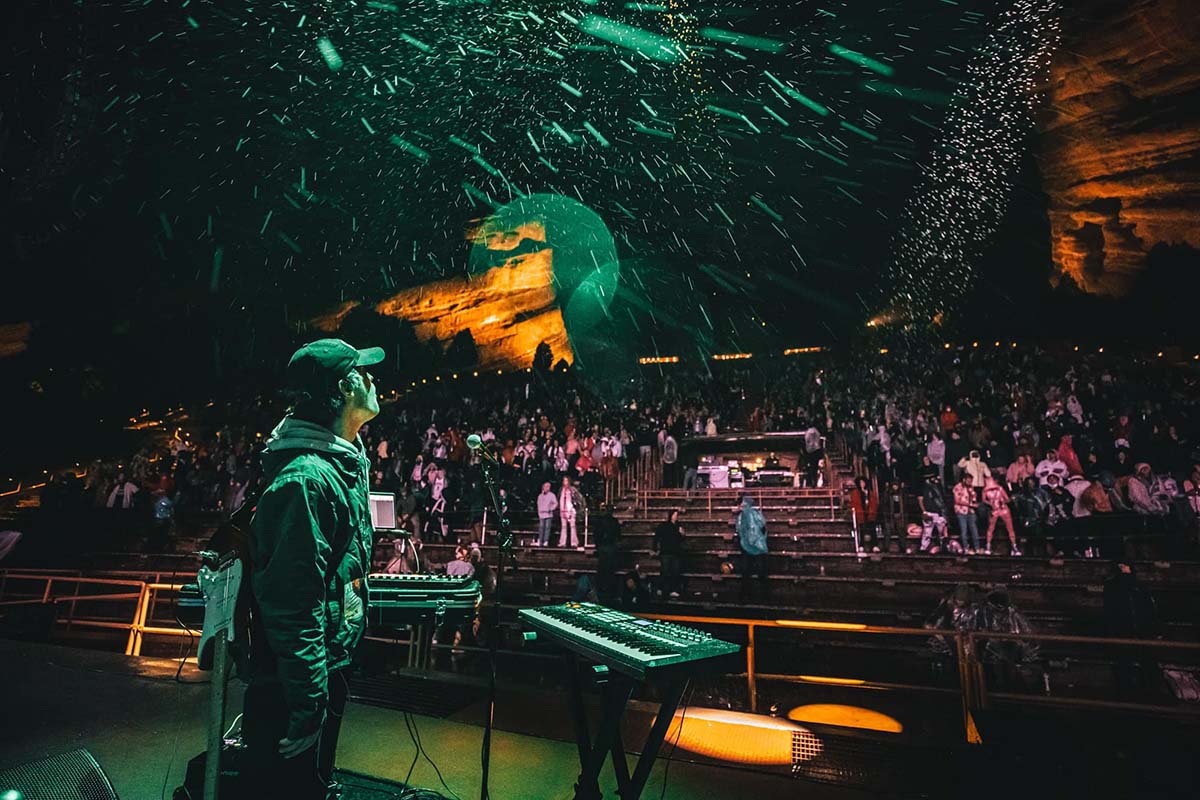 Since Cory Wythe started the Marvel Years project over a decade ago, he’s been exploring the farthest reaches of solo electronic production.

Taking inspiration from alternative masters like RJD2 and Pretty Lights, the Vermont-born and New York-based artist went from fiddling around on Garageband to conquering the world of electronic soul, playing major festivals and huge gigs on the same bill as the artists who inspired him.

Wythe opened for Pretty Lights at Red Rocks all the way back in 2013, and he’s played the historic venue multiple times since in support of STS9 and ZHU while also landing slots at Camp Bisco, Hulaween, Electric Forest, and more.

But for Wythe there is a musical apparatus that enthralls and defines him far more than any computer program. A sonic vehicle through which he can travel anywhere he wants to go. Whether he’s driving towards an escape from reality or going further within himself in search of growth and maturation.

An instrument that has been a source of respite, joy, excitement, and insight since he was only 10 years old: the guitar.

“Guitar is my thing, straight up,” Wythe says. “Guitar is a part of me at this point.”

And in this coming phase of Marvel Years, listeners will get to explore that part of Wythe alongside him. He’s going deep. Making the music he’s always wanted to make. Giving his fans a true and honest reflection of who he is as an artist like never before.

The inspirations of the new era are legends like Stevie Ray Vaughn, David Gilmour, Santana, and John Mayer.

Wythe won’t play guitar over his productions at his live show. Guitar will be his live show. On the record and on the stage his fingers will tap, bend, and strum out the raw talent he’s demonstrated for years.

Except those years were that of youth, of self-discovery (discovery frequently predicated through the guitar).

These are the years of self-assurance. Of unwavering confidence. Of white hot, six-string shredding. These are the Marvel Years, and it’s going to get loud.

A trusted meeting place in the heart of Crested Butte, celebrating local food and drinks, welcoming accommodations, and live music.