Galactic with Too Many Zooz 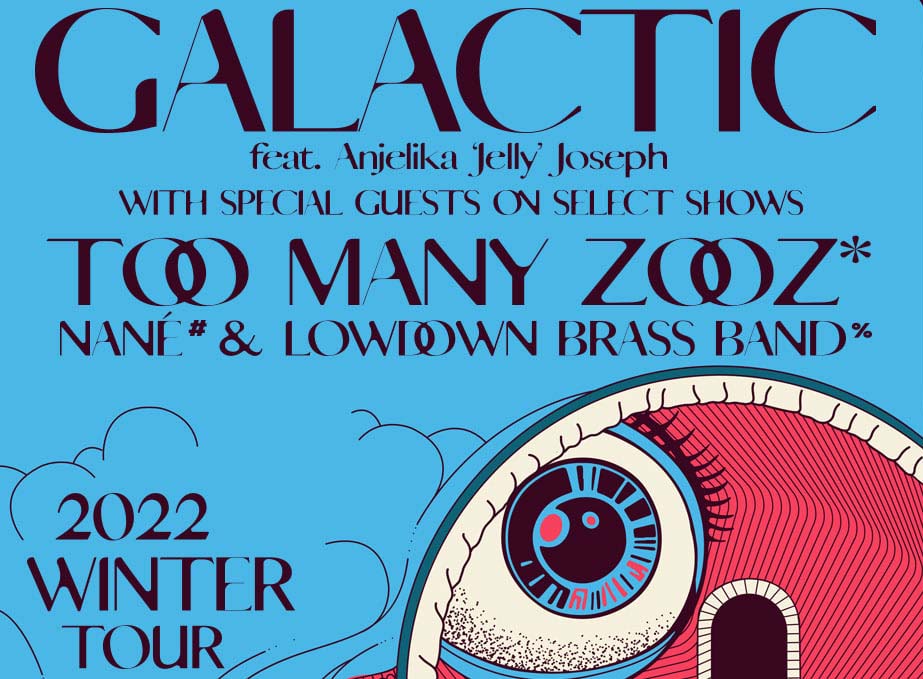 It Galactic with Too Many Zooz tonite in The Steddy Theater at the Center for the Arts.

*Proof of full vaccination or a negative test taken within 72 hours prior to the event required for entry.

Galactic
History doesn’t stand still. It impacts, influences, and inspires the ebb and flow of the future by informing the present. Galactic draw on 25 years together in order to progress with each performance and subsequent record. After 10 albums, over 2,000 gigs, and tens of millions of streams, the proud New Orleans, LA quintet—Ben Ellman [saxophone, harmonica], Robert Mercurio [bass], Stanton Moore [drums, percussion], Jeffrey Raines [guitar], and Richard Vogal [keyboards]—have kept the torch burning through five U.S. presidential regimes, the turn-of-the-century, Hurricane Katrina, a Global Pandemic, and a much-anticipated recovery. They’re the rare collective who can support Juvenile on Jimmy Kimmel LIVE!, contribute music to a blockbuster soundtrack such as Now You See Me, and light up the stages of Coachella, Bonnaroo, and New Orleans Jazz & Heritage Festival (a staggering 22 times).

Too Many Zooz
Formed in 2013 in New York City, Too Many Zooz features the talents of baritone saxophonist Leo “Leo P” Pellegrino, trumpeter Matt “Doe” Muirhead, and drummer David “King of Sludge” Parks. Both Pellegrino and Muirhead initially met while students at the Manhattan School of Music where they studied jazz. 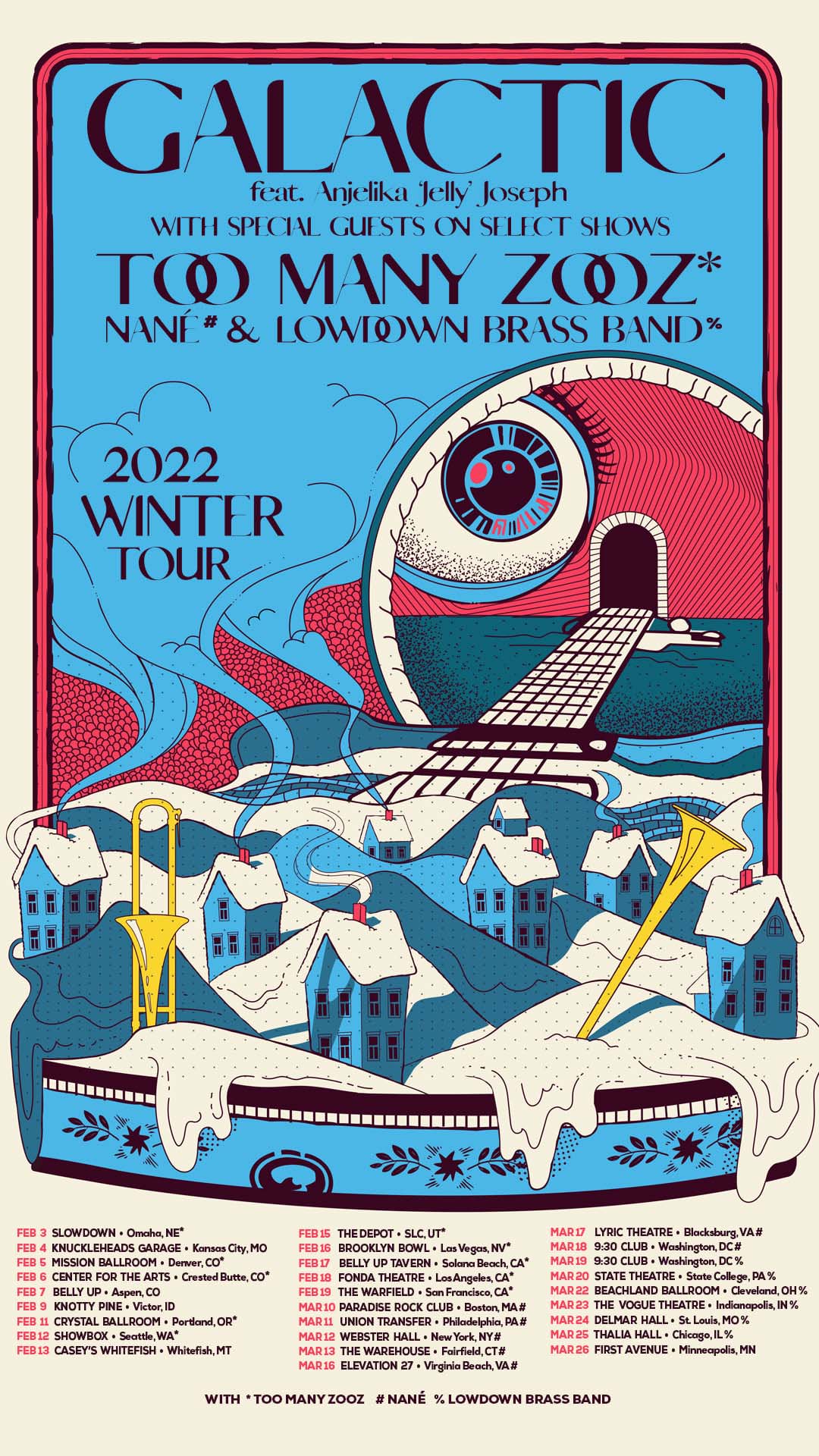